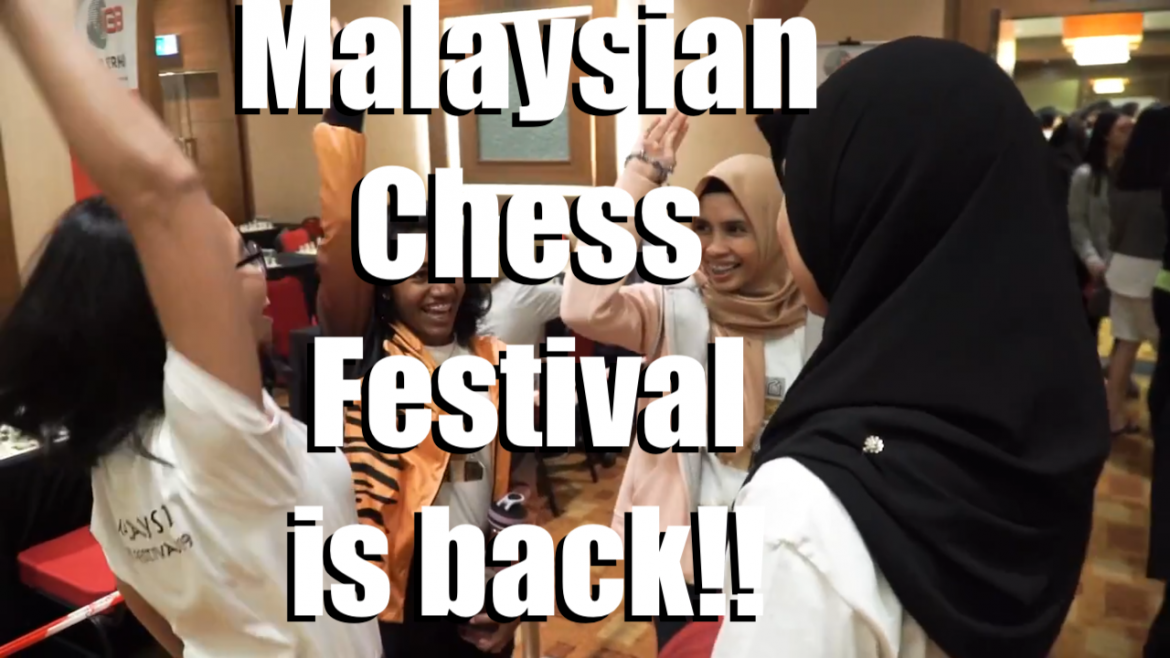 The Malaysian Chess Festival is back! It is the longest running chess event classified as “chess festivals” in Asia. The 17th edition will be held again at Cititel Mid Valley from the 2nd to the 11th September 2022. The chess festival was interrupted for a two-year period due to Covid-19.

So what exactly is a Chess Festival? It is typicallly a chess event that includes all the variations in chess to encompass as many preference of the different chess enthusiasts as possible. For the Malaysian Chess Festival, there are a total of 9 chess events that run closely back-to-back over the duration of the festival. The events cover the Open, Senior, Age Groups as well as the junior categories. Besides that, there is two Chess Blitz competition.

Prizes will be in the form of prize monies, medals, certificates and other prizes in kind. The Malaysia Chess Festival is arguably the most lucrative in the region with cash prizes in excess of US$ 28,000.

The Sponsors
None of these would have been possible without the generous sponsorships of retail, hospitality and property giant, IGB Berhad, Malaysian satellite television and internet protocol television provider, Astro, the Tan Chin Nam Foundation as well as Cititel Mid Valley, which serves as the official hotel and venue of the festival.

With so much pent up energy for over the board chess, it is expected the festival will be one of the biggest ever compared to all previous editions.

This chess festival is endorsed by the Malaysian Chess Federation. Details of all the events can be found at the official website:
https://datchesscentre.com

Titled chess players are given exemptions of entry fees and they can contact the Organising Secretary, IA Hamid Majid, at +6019 315 8098 (Whatsapp) or email him at aham@pc.jaring.asia for more information.