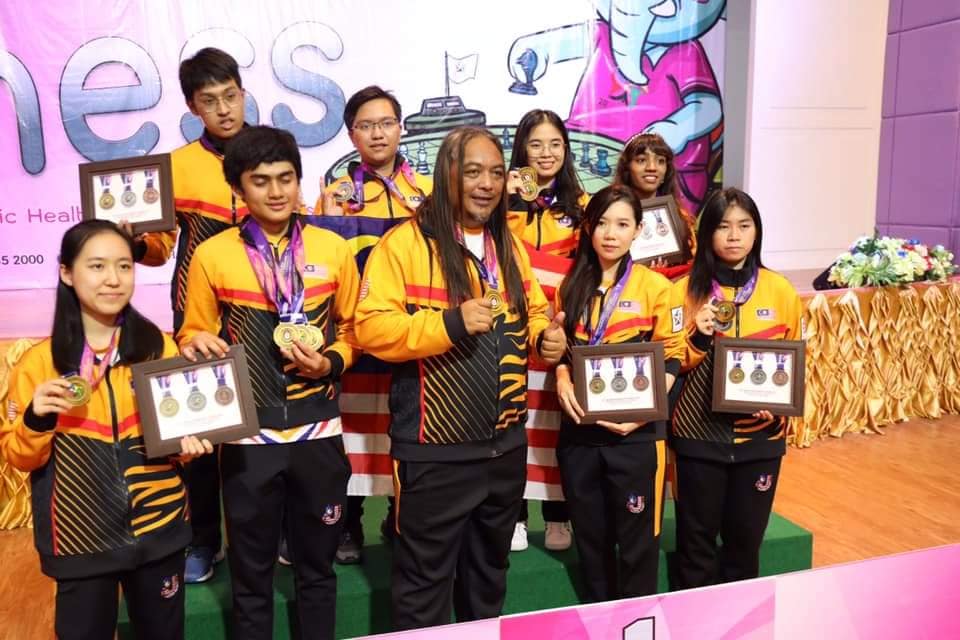 The Malaysian chess team performed above and beyond when they won all 4 gold medals at the 20th ASEAN University Games 2022.

Besides the 4 gold medals, the national team also took two silvers in the Men’s Individual and Women’s Individual via Muhammad Faqih Aminuddin and Chuah Jia Tien.

The team’s target was 3 Gold medals but they got 4 Gold medals instead. This result surpasses their previous success of 2 Gold Medals and a Silver when the gaames were held at Myanmar in 2018.