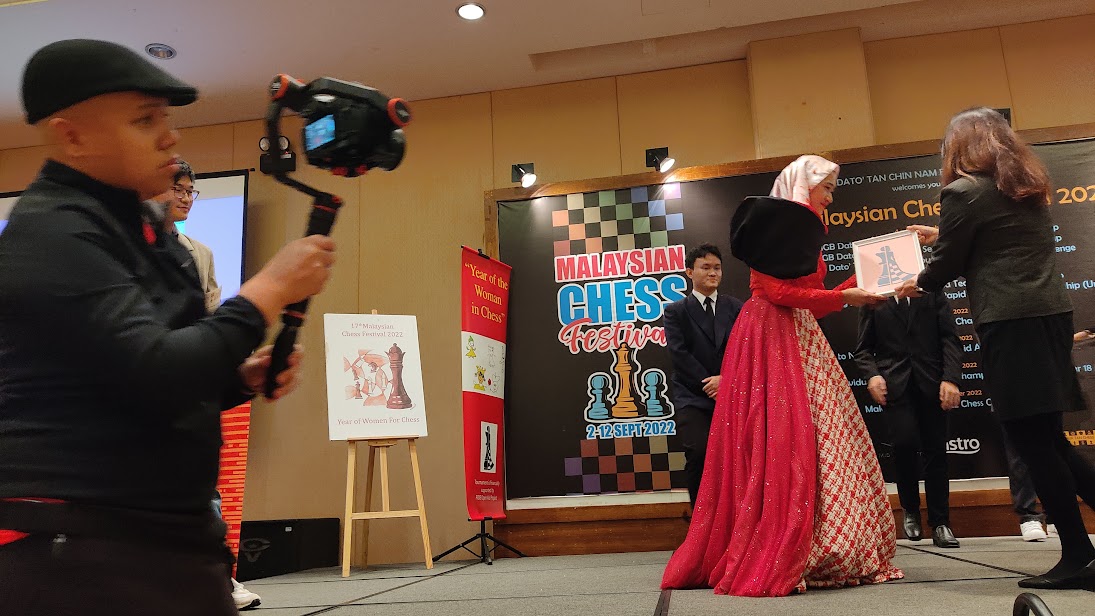 The Malaysian Chess Festival 2022 that has recently concluded is perhaps one of the oldest types of chess tournaments to be classified as a “Chess Festival”. The 17th edition was held in Cititel Mid Valley, Kuala Lumpur, Malaysia from the 2nd to the 11th September 2022. Like many world events, the chess festival was on hiatus for a two-year period due to Covid-19, but is now back in full swing.

There were a total of 9 chess events that ran closely back-to-back over the duration of the festival. The events comprised of the Open, Senior, Age Groups as well as the junior categories. Besides that, there were two chess blitz competitions. There were also an open and under-12 Team events, making the festival a truly colourful event for all ages and levels.. The festival itinerary was as follows:

(pictures of Wang Hao, Wesley So, Gukesh D, Abdusattarov Nordibek)
It was the Malaysian Open in 2005, the world first took notice of Wang Hao when he won the event easily with a 2 point lead ahead of a team comprising GMs when he himself was untitled. Wang Hao came back in 2018 edition of the Malaysian Open to win it again ahead of Idani Pouya and Alireza Firouzja.

Prizes will be in the form of prize monies, medals, certificates and other prizes in kind. The Malaysia Chess Festival is arguably the most lucrative in the region with cash prizes in excess of US$ 28,000.

The Sponsors for the event include retail, hospitality and property giant, IGB Berhad, Malaysian satellite television and internet protocol television provider, Astro, the Tan Chin Nam Foundation as well as Cititel Mid Valley, which serves as the official hotel and venue of the festival.

The main event, the Open was won by defending champion from the last edition in 2019, Grandmaster Novendra Priasmoro of Indonesia who suffered an upset round 1 loss but bounced back with 7.5 points out of 9, netting him the grand prize of USD4000!!!

2nd place in the Open was won by GM Deepan Chakkravarthy J.

Third place winner of the Open is GM Karthik Venkataraman

Seniors tournament was won by International Master Angelo Young from the Philippines, with a score of 7.5 points out of 9 and winning RM4000.

In total, over 700 players took part in the various events not counting parents and onlookers. The participants came from 11 different countries.