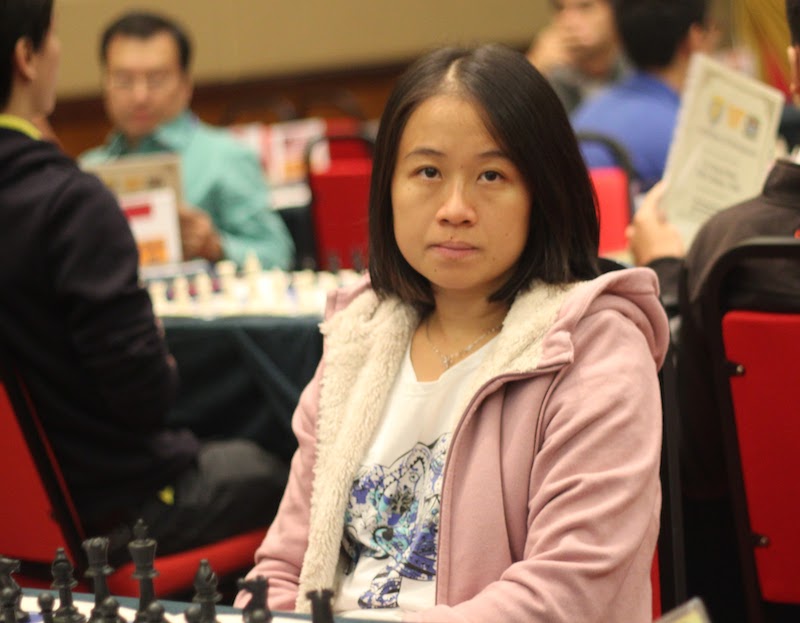 I was a little surprised to see WGM Gong Qianyun name in the Singapore team playing in the Open section. Then I thought maybe Singapore did not send a women’s team which I was also wrong because they did send a team. Actually, WGM Gong Qianyun is ranked 5th strongest overall in Singapore so it is should come as a surprise at all.

Curious, I searched to find more Women playing in the Open section too. There is a lot to be said about sex segregation in Chess and even China’s Hou Yifan, declined to participate in the Women World Championship and eventually retired, as she felt the system with such a drastically different prize structure for women. For example, China’s Ju Wenjun became world champion and got less than 10% of Carlsen’s prize winnings when Carlsen defeated Caruana.

Anyway it’s refreshing to see Women playing in the Open section – somewhat breaking the segregation barrier. Was looking for an all women team but there was none with only Luxemberg having 2 female team members.

The above was the result of searching for title women players so the list is not complete. A total of 13 women are taking part in the Open section, they are: